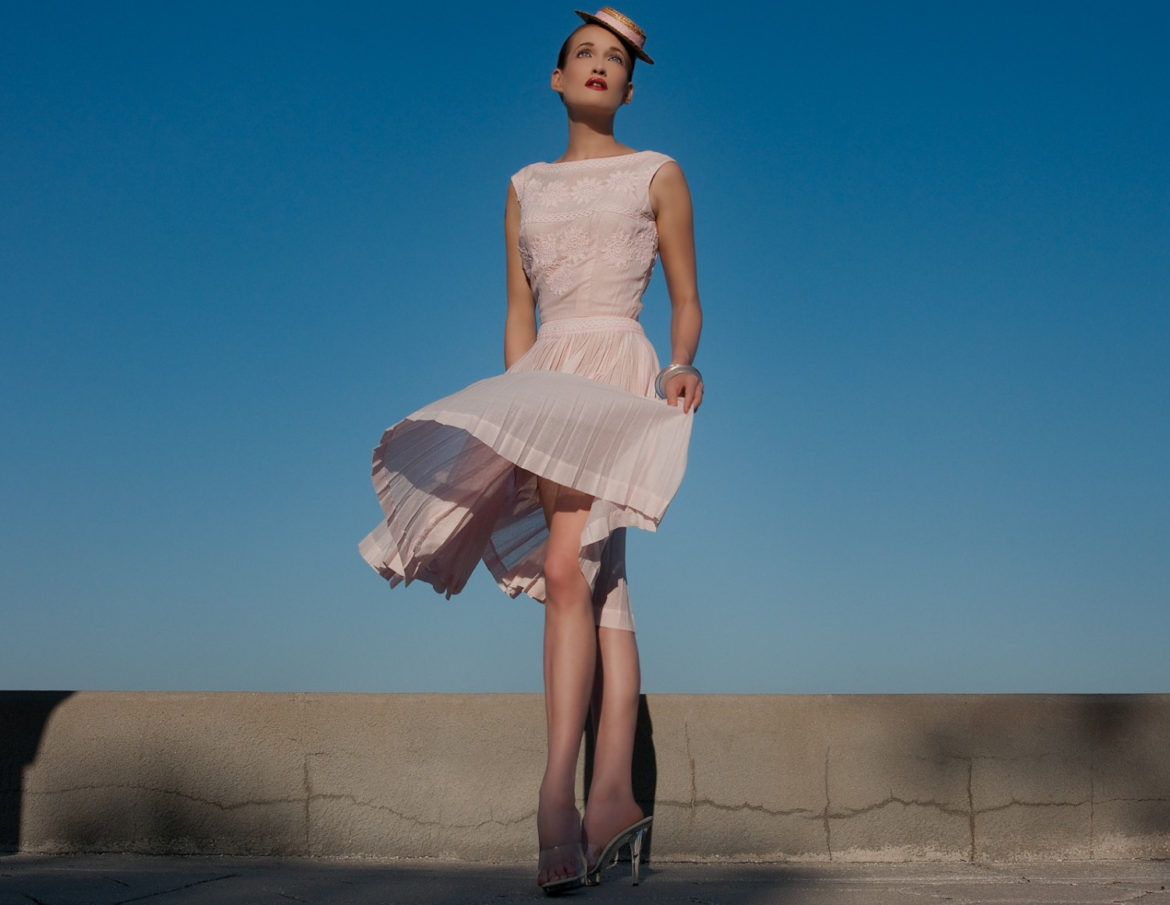 When we write about this topic we must mention a World War II because it was a huge step back for women and fashion because war took the women from homes and put them in factories and offices to replace the men. This was the crucial moment for changing the course of the fashion. After the wear the clothing was restricted like everything else, first of all, we think of the length of the skirts. The silhouette becomes straight and women start wearing shirtdresses and pants like men.

Christian Dior, was the man who forever changed the fashion industry step forward in 1947. His first fashion show was innovative, he brought prestige fabrics, and voluminous skirts and dresses. This was followed with hourglass figure and shoulders were soft. Another type of skirt was slim and tight and very hard for walking. Those looks were inspired by the mid-nineteenth century.

The women were angry with this fashion line, especially in the United States of America because they did not want to give up their rights in work and fashion, and the new clothes from Dior you need to constantly maintain and accessory collection, but the women in the 1950s have not got time for that.

The end of the war brings changes and the New Look.

When men came home from war, women return in a home as housewives, and that brings conservative society. The only concern of the 1950s women was how to be a happy and carefree housewife with the task to please her man. Women start to dress very expensively because the way they look it was linked with the husband`s success.

One word for 1950s fashion look will be excellent put together because women must be impeccably dressed and groomed in public. The clothing was paired with hats, shoes, gloves, and jewelry. Also, men wore suits and were well-groomed.

Like before the war, Paris was the center of the fashion world with fashion weeks twice a year.

Vogue and Women`s Wear Daily, fashion magazines, was in charge for bringing fashion in every home, and everyone can wear latest fashion clothing because after the war the United States was the giant in mass production techniques.

Christian Dior and some other designers produce everything from perfumes, accessories to clothes with the label on it. This is how clothes become a brand. This is familiar to us, but in the 1950s that was a whole new idea and perspective.

Another creative fashion idea from this period is boutiques- also created by Dior. Today we have this kind of prestige stores all over the world with branded clothes.

Fabric that was popular to wear in the 1950s was velvet, tulle, silk, and satin. Also, polyester was the new synthetic fabric used for making blouses and dresses. Casual, day wear was produced from cotton and wool.

After the war nylon was used in making underwear, nightgowns, and stocking. No one wore silk stockings anymore, and the stockings named just nylons. Those new fabrics you could wash and dry easily, and they do not require iron because they did not shrink.

Coco Chanel was a designer who was against the New Look, and in 1954 she opened again her business and started a fashion line with slim suits from wool and tweed. Famous jackets from Chanel did not have the collar, and skirts were straight not tight.

The famous ‘sack dress ‘was invented in 1957 by Hubert de Givenchy. The silhouette was loose, and it was a forerunner of the tunic dress.

The New Look lasted only throughout the 1950s because the housewife become unhappy and miserable closed in their homes, and it followed by rebellious decade, the 1960s. Kids did not want to look like their parents, and they wanted to wear cheaper and freely.