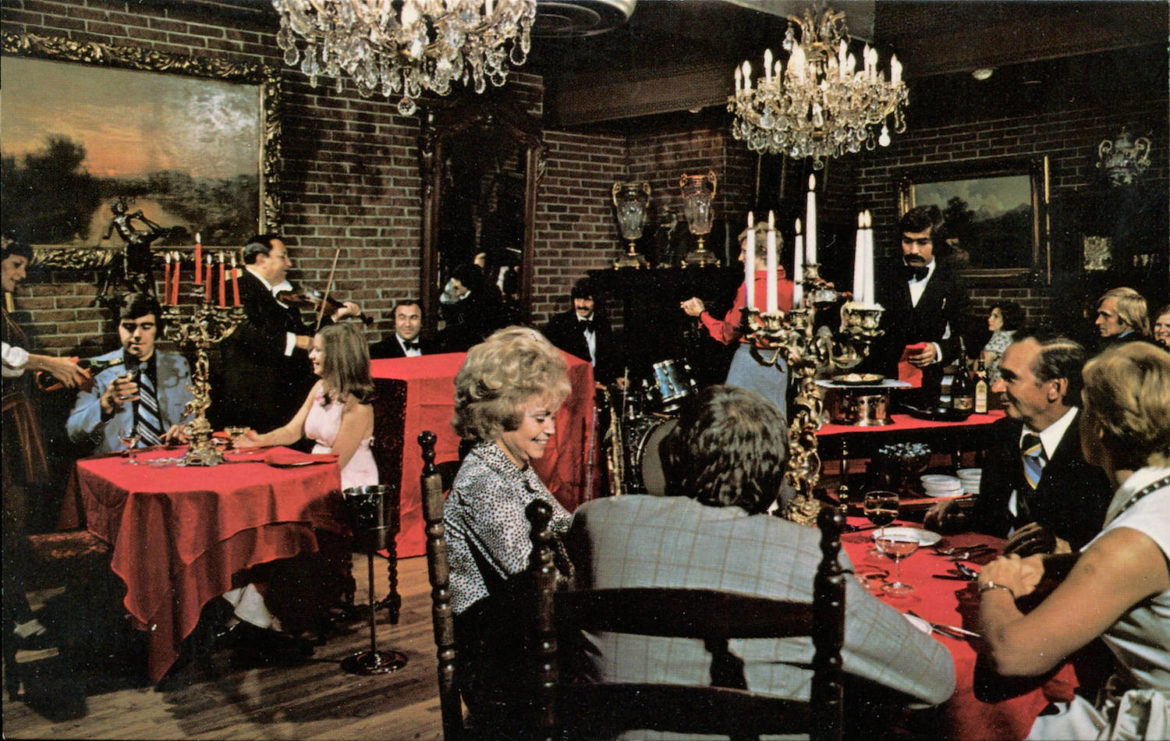 Have you ever gone through vintage cookbooks to see what people used to cook in the past? If you do so, you’ll be amazed at how much people used gelatin and industrial ingredients. After the end of World War II, people were under the influence of the industry. Hence, when we look back at what people ate during the late 1940s and early ’50s, we tend to mock it. As a matter of fact, it’s really rare that someone dares to recreate and make the recipes from that time.

Nevertheless, Ruth Clark decided to taste the history through mid-century cooking. In fact, she decided to make some retro recipes for her outstanding website The Mid-Century Menu. She cooks one vintage meal per week and her husband is the one who tastes the meals. So, here’s what she learned from cooking food people used to make in mid-century America.

Clark first started with a blog, No Pattern Required but decided that she need something different. Hence, together with her husband, Tom, they started the Mid-Century Menu Project by making recipes from old cookbooks.

Clark categorizes mid-century food as experimental. During that time the housewives were trying an array of different techniques and products in order to make the cooking process and their lives easier. Foods from different countries as well as frozen foods became available and people were experimenting with them.

The Food Was Blander

Back in the ’40s, people didn’t use to use spices, except curry powder and the food was bland. It was believed that ketchup was spicy so the cooking from that was considered bland for a reason.

Use of Ingredients and Techniques No Longer Exist

Clark came across many products which no longer exist and techniques which are no longer used. Such products are a frosting mix, spice mixes or bottles of salad dressing.

Some Modern Dished Date from the Mid-20th Century

There are some common dishes we make nowadays which started during that time, such as casseroles, the California dip, the Lipton onion soup mixed with sour cream. Moreover, that was the time when a cocktail hour with appetizer dips as well as cooking with a broiler started.

Jell-O Was A Big Deal

Jell-O was used during the mid-20th century probably due to its convenience. It was easy to make it and there were a lot of advertisements for it that it was considered as the typical dessert. Moreover, it was also served as a side dish because foods which are mixed into Jell-O stay fresh much longer, even for days. Likewise, there were many Jell-O flavors which are not made anymore.

The Strangest and Most Disgusting Recipes

There are many strange or even disgusting recipes from that time. Some of the most disgusting ones Clark cooked were a pineapple olive salad with lemon Jell-O, the liver pâté en masque, cooked tongue and chicken mousse. One of the strangest but surprisingly good recipes Clark tried was a Black Magic Chocolate Cake, a chocolate cake with a can of condensed tomato soup inside.

People Were Better Bakers Back Then

Clark claims that people were better bakers back then and thus, the dessert recipes are better from that time. The people weren’t professional cooks and yet managed to make huge layer cakes from scratch and some of them even perfected it for a contest, like the Pillsbury bake-offs.

Lessons Learned from This Project

Clark has learned many things from this project, but mainly that retro cooking is adventurous. The main reason is that the things you cook don’t always turn out like you think they will. She has also perfected making a white sauce and learned that the more times you fail the more you appreciate the success.