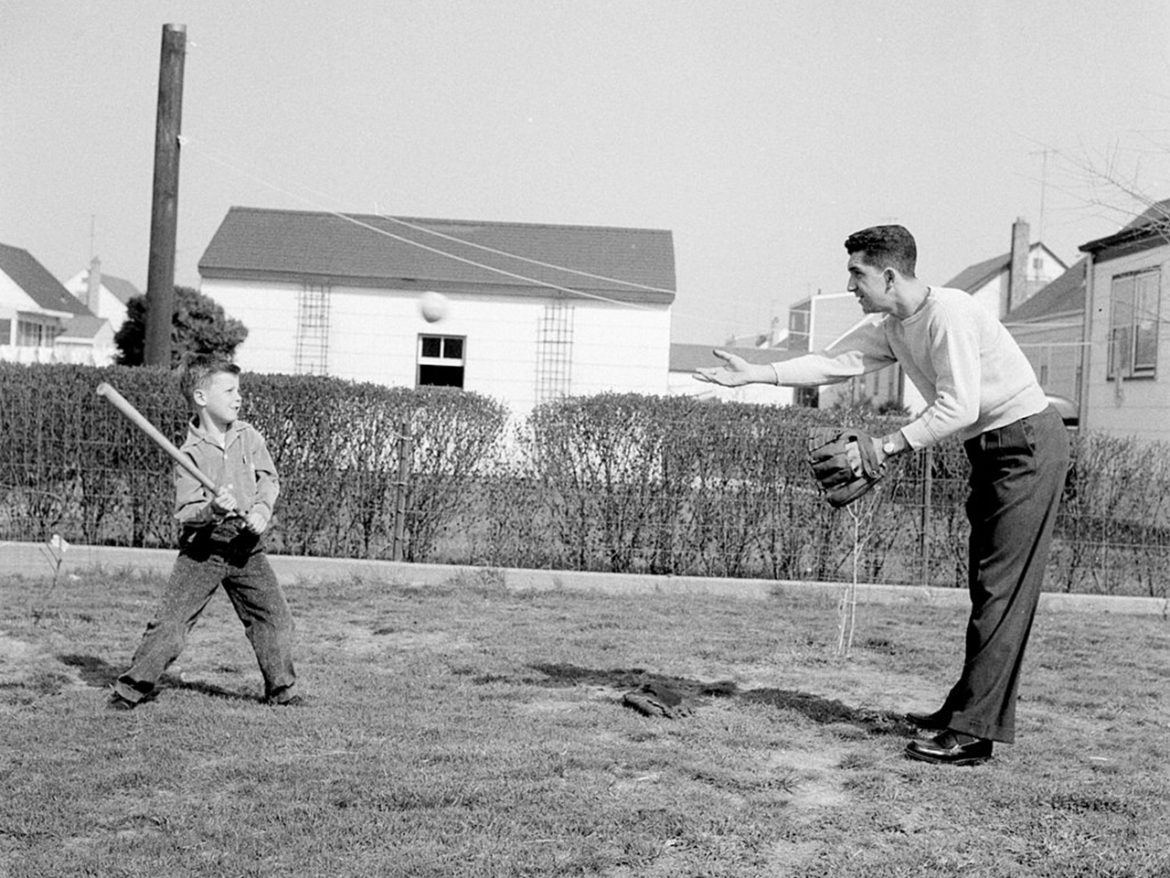 In honor of Father’s day here in the US and the UK coming up on July 21 (and soon in September for Australia), I’ll be taking a look at Fatherhood and all of its twists and turns in history, particularly the interesting changes that happened during the Post WWII period in the 1950’s and how it still effects us today.   We’ll call this one A Very Vintage Father’s Day. Believe it or not, fathers are a sensitive bunch and how they feel they “fit” into our home lives plays a dramatic role in how they will parent!  Over the next few weeks I’ll be writing different posts about that and how you can insure a proper fit for dad in your family.  Stay tuned to see what I mean by that. 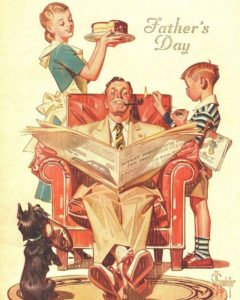 But first, a little history of Father’s Day.  It wasn’t until 1972 that Father’s Day was declared a National Holiday in the United States, but the idea had been around for a very long time.

In July of 1908 a church in West Virginia sponsored the nation’s first father’s day–an event really– in honor of fathers.  They featured a Sunday sermon in memory of the 362 men who had died in the previous December’s explosions at the Fairmont Coal Company mines in Monongah.

The next year, Sonora Smart Dodd, a Spokane, Washington woman, tried to establish an official equivalent to Mother’s Day for fathers.  She was one of six children in a motherless family and she wanted to honor her father and all fathers, so she went to local churches, the YMCA, shopkeepers and government officials to drum up support for her idea, and she was successful: Washington State celebrated the nation’s first statewide Father’s Day on July 19, 1910.

Slowly, the holiday spread. In 1924, President Calvin Coolidge urged state governments to observe Father’s Day, but believe it or not, many men hated the holiday.   They saw it as a commercial venture that only caused their families to buy frivolous gifts with the very money he had just worked so hard to earn! 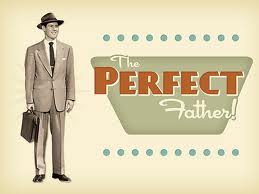 My goal this year is to help you come up with a gift for dad that doesn’t cost a cent, but that will change his life dramatically in a positive manner.   The benefits for your family are immeasurable.   Of course, we’ll also feature some cute little projects for the kids too, because hand-made gifts are, in my opinion, always the best gifts.

What are your Father’s Day traditions?