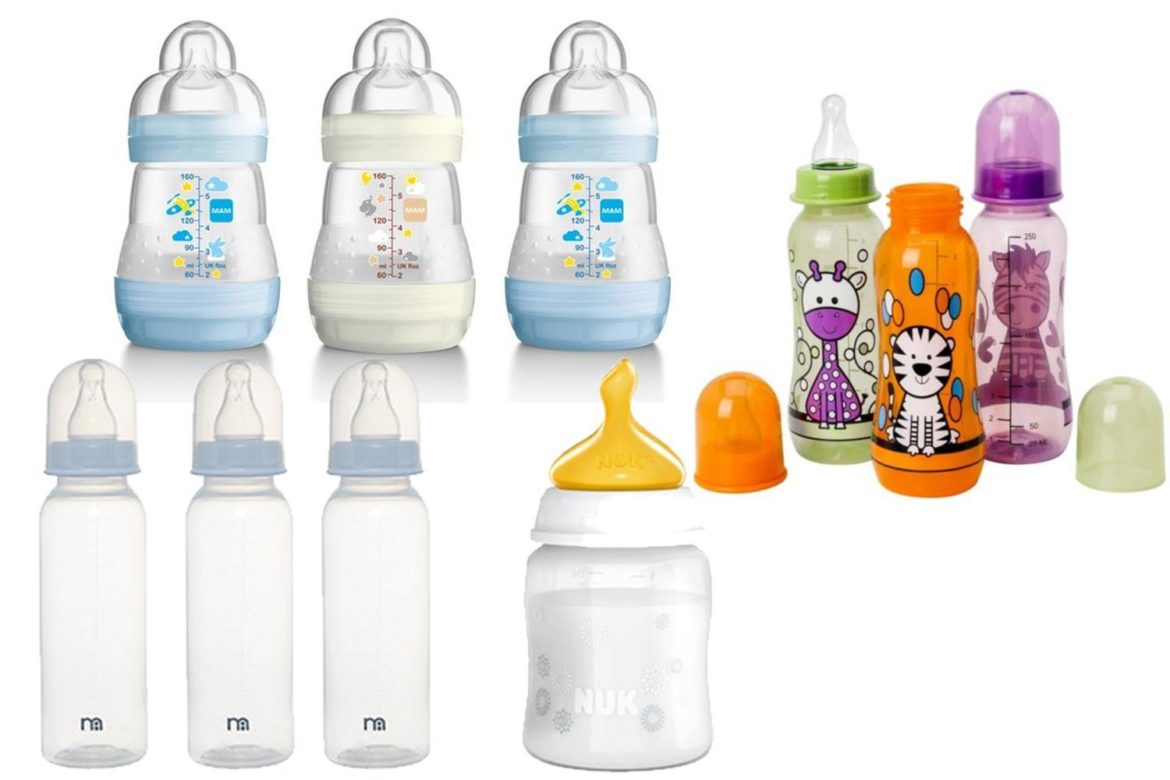 According babybottles.com this bottle set costs about $28.7. The Philip Avent natural baby bottle is a set of bottles which consists of two 9 ounce or 260ml bottles together with two natural slow flow nipples, three 4 ounce or 125ml bottles with three Natural newborn nipples. It also has two additional nipples, one bottle brush, seven sealing disks, and two soothie pacifiers.

Philips Avent Bottles have been around for an extended period; they keep changing and improving on their bottle as the times are changing. The Philips Avent Natural bottles are perfect for your newborns because it would give them that natural feeling and would be comfortable for them to latch on and even making it easy for you to alternate between breastfeeding and bottle feeding with ease.

The nipple of this bottle is wide shaped just like a breast nipple, so it would be easy for your baby to latch on and feel like they are breastfeeding. The nipple is also soft and is designed to feel like the breast. Philip’s bottle is also anti-colic and would help reduce discomfit in your baby’s tummy. The Philips bottle is a good bottle for your newborn as it is easy to latch on and is also anti-colic and very easy to clean properly because of its shape.

This Comotomo bottle is another bottle you can use for your newborn and is also available on amazon. This bottle is about $23.13 and is a two count. The Comotomo natural bottle also has a natural feel to it. Your newborn feels as though he is sucking from the breast. It is widely shaped and allows your baby to move quickly from breast to bottle feeding.

The Comotomo bottle has an anti-dual colic vent that enables your newborn to suck milk and removes unwanted air to avoid stomach troubles and gas. The bottle is also easy to clean because of its wide neck, so this will help you wash the bottle properly and avoid unwanted remnants in your newborn’s bottle. The bottle also has a soft human skin feeling to it in which your newborn can grab and squeeze, and the Comotomo bottle is a natural baby bottle.  This bottle doesn’t leak, and it is also safe when putting into hot water or dishwasher, be assured nothing would happen to it. This bottle also has a slow flow, which helps regulate the inflow of milk for your newborn.

The Tommee Tippee bottle costs about $6 per bottle and comes in two sizes which are 5oz or 9oz. The Tommee Tippee bottle is shaped and feels like a real breast, which would allow your newborn to suck without any issues. It is similar in shape and nipple with brands like Philips Avent and Comotomo. This bottle is also anti-colic, which reduces the inflow of air so your newborn can take more milk and less air. It is easy to clean, feels like mom, and can withstand heat.

This bottle is a perfect one for mums who want to alternate between breastfeeding and bottle feeding since the Tommee Tippee nipple is very realistic and has a close look to that of a breast nipple.

This baby bottle costs about $4-5 per bottle. This is one of the best bottles for your newborn, Dr. Brown has been making anti-colic, anti-fuss, and anti-gas bottles since 1996. Dr. Brown, which is a pediatrician, has his unique venting system, which prevents negative pressure but, rather like real breasts, creates positive natural flow ad this bottle also relieves gas and colic in your newborn.

Dr. Brown’s bottle is also suitable for transitioning your newborn to bottle-feeding or for a newborn that is only bottle feeding, and this bottle is excellent for that. Dr.Brown’s original glass bottle has been existing for a long time, but it’s now going out of existence because of the introduction of plastic bottles, which is of lower cost. If you are still able to find the glass bottle, it would be of higher price because of the high demand.

The MAM newborn bottle costs about $6 per bottle, but if you want to save cost and make it cheaper, buying a four-pack would be the best, it would then be $4 per bottle. This bottle comes in three sizes, 5oz, 9oz, and 110z for babies that eat alot. It also has three different nipples the slow flow (for newborns) the medium flow( for two months and above) the fast flow( for four months and above), this enables your baby to use these bottles for a while without you changing the bottles. The MAM bottles are free from BPA and BPS. The nipples of these bottles are also adorable and have an effect in which the nipple doesn’t fall out from your newborn’s mouth, unlike other bottle nipples that tends to be slippery.

The MAM bottle has a self-sterilizing process that enables easy wash, which you need just water and some minutes in a microwave to allow you to disinfect the bottles.

In dealing with newborns, you should be careful with what you use for them because of the sensitive nature of their bodies. When you want to pick a bottle, its best to go for the best. All of the bottles mentioned above are excellent for newborns in terms of safety, it is free from chemicals harmful to your baby, and it is also convenient for your baby in that they have a natural feel. It would be easy for your newborn to latch on them and feed properly. They are also easy to clean because of their wideness, and this would help you keep your newborn healthy.