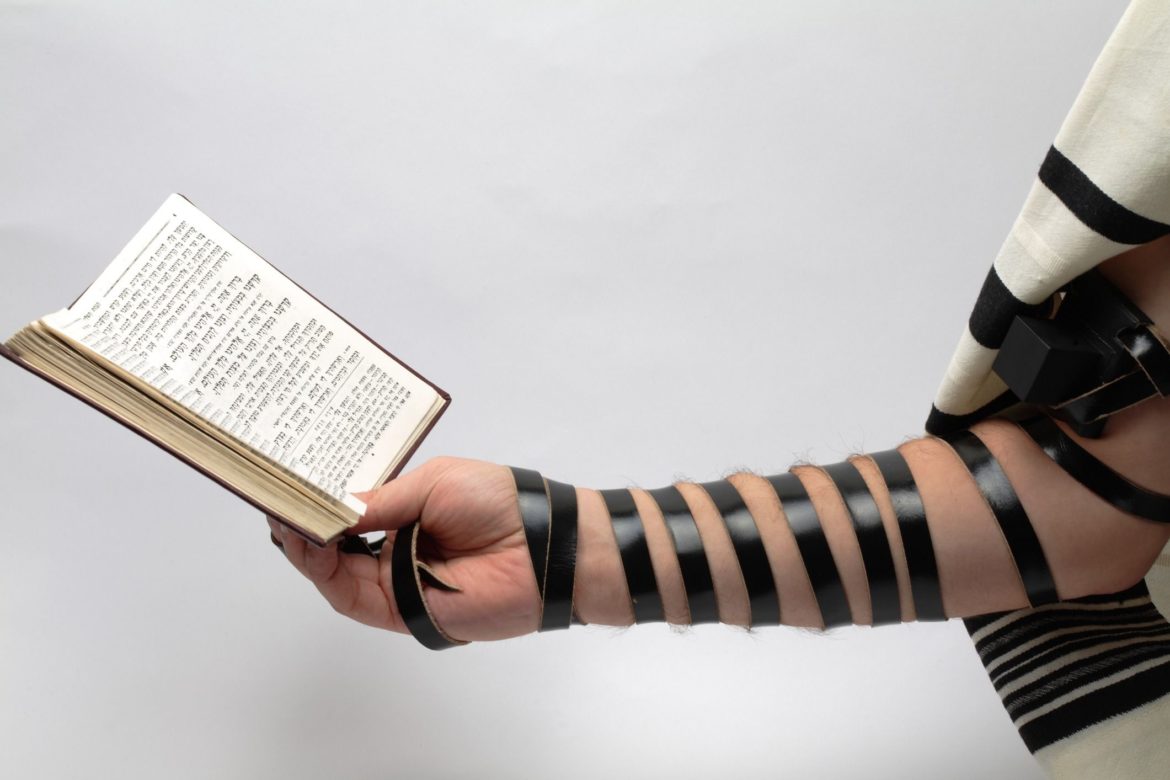 Before we all you tell you about all the facts related to Tefillin, we first need to introduce you to what it really is. Tefillin is two leather boxes (usually black) that contain Kadesh, Shema or other Hebrew scrolls. One of the boxes is placed on the head while the other is used for the arm. Every set consists of three pieces: the box, the scrolls, and the leather strap.

The tefillin that are put onto the arm is often referred to as a sign, while the one that sits between the eyes or the forehead is referred to as totafot.

These straps and boxes are worn by Jewish women because it is a very powerful mitzvah that the Torah commands. One has to be put on as a sign on the arm while the other needs to be a reminder which is why it is placed on the forehead, between the eyes.

What is in the boxes?

The Torah commands three different Hebrew parchments scrolls that need to be inside of the tefillin boxes. The first one is Kadesh that is used to remind the Jewish men and women to remember the Egyptian bondage and that every offspring must also be taught about this obligation. The two others are Shema and Vehayah.

How are they made?

There are several rules that must be followed if you want the tefillin to be kosher. You have to treat it with the utmost respect because even one single piece is not in its place or if it is from the wrong material, then it will not work.

The scrolls that are found inside of the boxes are usually written with black ink with a reed by a sofer. A sofer is a Jewish scribe who is skilled in transcribing various Hebrew scrolls. IF the parchments are not written by this special scribe, then the scrolls lose their value. If the sofer mistakes even one single word on the parchment, the tefillin is wrong and has to be rewritten from the beginning.

When should you wear them?

To perform the mitzvah, you can basically put on the totafot any time you want, there is no strict rule you have to follow. You can do it both during the day and night. After adoring the leather straps and have set the box between your eyes, you need to recite a blessing to finish the mitzvah. However, if you want to be more traditional, tefillin used to be worn in the mornings during weekends for the early prayers.

Keep in mind not to wear it during bigger Jewish holidays.

How to wear it?

The leather strap is run around the arm and hand around 7 times until it reaches your fingers while the box is placed on the biceps. There are various rules and definitions for the right way to coil the leather straps, but you can do it however you want. The other box is then placed on top of your head, somewhere at the center of your forehead.

They are not as cheap as you think

If you think that such an item might cost you something under a hundred US dollars, you are very wrong. To create the tefillin it takes a lot of effort, technique, skill, knowledge and quality materials. Sure, you can buy one cheap from a market, but you will instantly notice the difference and quality. If you do not buy a reliable one you are also risking wearing non-kosher animal straps.

Sometimes it might cost you even more than a thousand dollars, but with such a high price you will probably never even have the need to get a new one. The quality of such expensive tefillin will surely last you a whole lifetime, if not more. Visit Jewish.Shop in order to check out some options.

They must be painted black

While the Torah only mentions that the leather straps need to be painted black before they are put on, many others believe that the boxes must be painted black too. It is also believed that this tradition of adorning black tefillin comes even from the times of Moses.

Do not wear them during Shabbat

It is very important to note that you should not wear this during Shabbat. You also shouldn’t wrap it during Rosh, Passover, and Sukkot too. Since wearing and performing the mitzvah is a sign of the connection between Jews and G-d, there is no need to adorn it during holidays that already show this sign. It is unnecessary and would even reduce the whole meaning behind the sign of the connection.

We already mentioned that there are four different scrolls that must be inside the boxes of the tefillin, but there is a disagreement between the people about the true arrangement and order of the scrolls. This is why many women adorn two pairs of tefillin to avoid doing any wrong. They wear one during the morning prayers with one order of scrolls while the other set of scrolls is worn later throughout the day.

It is worn for the good of the Jewish people

Tefillin is not only worn to show the connections with G-d, but it is also worn to bring protection to all the Jewish people that are around the world.