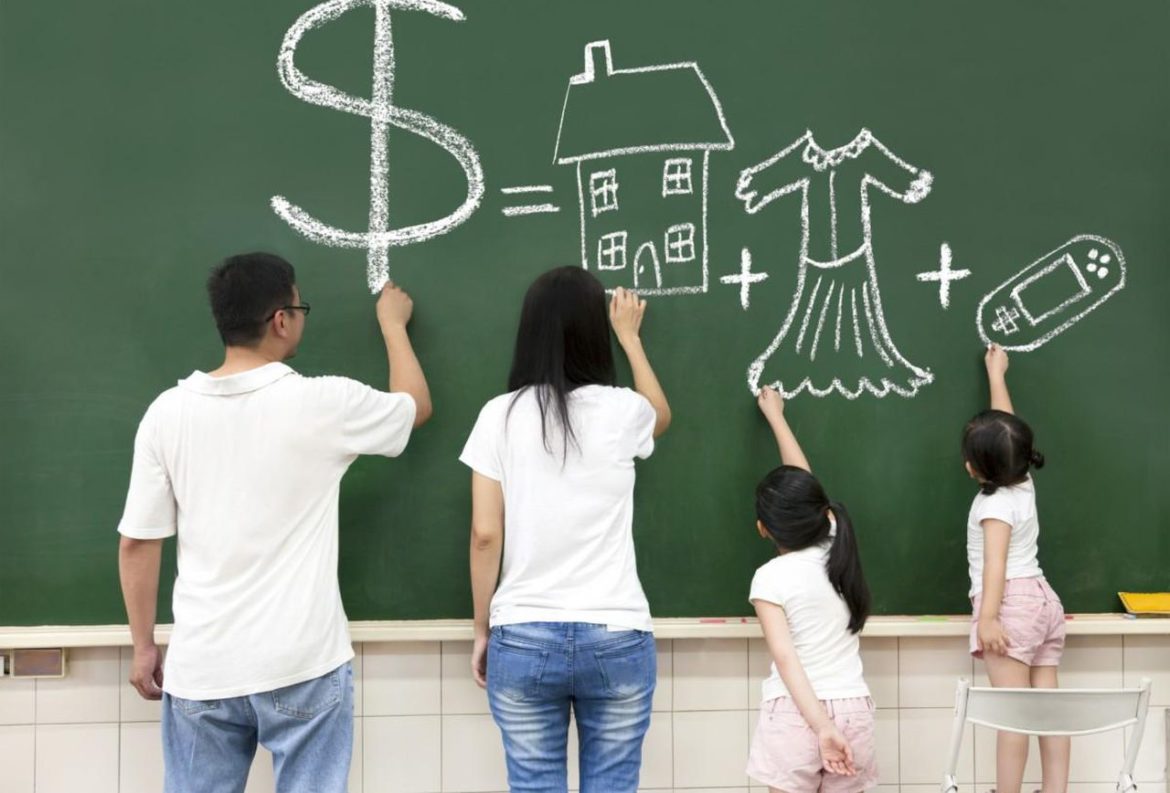 Ahhhhh yes.   Time for  another reblog update and I’ve been wondering how I was going to approach this one this time around.   This was by far my most controversial post to date.  I get more hate mail from this than from any other.   I almost hate to change it at all.

But alas… Let’s see where I can and should update without changing the flavor of the post because that would just be such a sad thing.  Here we go.

Note! This Part 1 is ONLY for women who want to live like a 1950’s housewife. This means that if you proceed, you are saying that you want to live in an old-fashioned, admittedly probably completely sexist,  male-lead home. If that’s not you and you are just looking for tips to surviving on one paycheck, skip to Part 2. Agreed?  Again.  If that’s not you, do not proceed.  Do not pass Go.  Do not collect $200.  Had to throw in the Monopoly reference to go with the photo.  🙂 If you want to live like an old-fashioned 1950s housewife (AGAIN..note…I’m not talking to career women. I am talking to the women who, by their own desires and choosing, want to live as housewives.  Yes I’m repeating myself), where you stay at home keeping house and tending the kids while your husband goes to work, you can. To be able to live and survive on one pay check is possible. Today we are going to talk about the two big things you must do first to make it possible. Tomorrow we’ll get to all the little details of the “step by step.” But you must be able to do these two steps first before any of the rest can succeed. You ready?

First and foremost is that you have to hand over care of the finances to your husband. Why? First, because if he is going to be solely responsible for bringing in enough money to pay all the expenses and keep a roof over your heads, he needs to see first hand where the family finances stand on a weekly basis. He needs to pay the bills. He needs to budget for the groceries. He needs to see it and experience it so that he knows if he is doing enough.

If you are controlling everything and paying all the bills, and you tell him there isn’t enough money, it is possible he won’t believe you.  Or he may suspect that you aren’t spending wisely. He may even think that you are stashing money and not telling him. He sees plenty coming in, and he will believe there is plenty to cover everything. He will likely get angry, dig in and refuse to make changes. But if he is doing the finances himself, and he sees for himself that you are sticking to a budget but it’s not enough, he will know.  He will adjust where necessary without argument or household distress.

It is equally important that you do not let him tell you that he prefers you to keep the books.  Of course he does.  It’s easier.   But it won’t help either of you.  Having him take 100% responsibility is a psychological thing for both of you.  Not a convenience thing.   He must, must, must have control over every aspect of the money.  He must understand down to the fibers of his bones that the care and keeping of his wife and children are entirely his responsibility. (And his own personal victory when he does it well!)

The second reason you need to turn over the finances to your husband is because if you want to live the life of a 1950’s housewife, you have to live all of it. It doesn’t work half way. If you want to live the gender role of a traditional woman, you have to let your man be the man. You have to step back and let him lead his home, and doing the finances is a huge part of that.   . . . . Did that sting a little?  If so, don’t worry.  You aren’t alone.  To this very day I struggle with shutting down the urge to questioning Mr. C’s spending habits, but I’m getting better.  I don’t even know why I feel like I need to question.  Everything is always paid on time.  I have everything I need and want.  I just can’t seem to get those last little bits of control freak out of me.

Ah yes.  Back before the introduction of feminism, this is how it worked.  A man woke every day with just a few things on his mind. After he got that first one out of the way, his laser focus shifted to his duty to provide for his family, and that’s all he kept his attention on all day long.  It has been a man’s instinct to think this way for thousands of years. (Hunt and gather, you know?) It’s only been since after the end of WWII and into the 1970s that gender roles started to become foggy leaving most men not knowing whattheir role is in this world anymore.   Poor dears.  They have lots of new crazy rules of engagement thrown at them, which is confusing because for most the instinct to lead and provide is still strong.  They’re just waiting to take the reins.

Ok so before you start to back-peddle, let me add this. You have nothing to fear. Just as it was back then, it is the same now. A man not only feels compelled to provide, but he feels compelled to keep his family in the highest social status that he can afford. (The man with the most toys wins!) He will keep you in the very best house that he can afford. He will want to insure that his wife looks as pretty and is wearing the best fashions as he can afford. He will insure that his children are dressed as well as and can participate in as many sports and activities that he can afford. He is not going to short change you or his kids. Why? Because it’s his instinct.  And he wants to look and feel successful, which means you and your home have to look good.

One of the things I was most shocked to learn about is the secret life of men. Secret to women, that is. It’s a brutal, stressful world that they live in—far worse than anything a woman can imagine, simply because our brains and our thoughts don’t work the same way as theirs. But since all men wake thinking the same thing—keep my family at the top!–theirs is a world of fierce competition. They wake up ready to fight. Men spend their entire existence comparing themselves to each other and fighting for position. They fight to win women. They fight to win and then to keep their jobs. They fight for social status. They fight for admiration and acclaim. Sometimes they fight for their own (and our) lives. No matter where you look in a man’s world, there is a fierce battle going on, hence the constant need to look and feel “manly.”

One of the most stressful places for a man is in his work place. There is almost never peace and there is always a lot of back-stabbing there. There has to be. The guy on top gets paid the most. The guy on the bottom gets near nothing. To allow a fall to the bottom is not only financially disastrous, it is humiliating to a man. And to add to the humiliation is the constant, nagging fear that for most families, a fall to the bottom of the social status ladder is often a fall that will last for many generations. Once beaten down, it is nearly impossible to recover and pull out. Some families never do. The emotional burden and stress of knowing that his children, grandchildren and even his great grandchildren will be effected by how he performs today is enormous.

Tell the truth.  When you are working outside the home are you ever considering how it will effect your grandkids?  I didn’t think so.

I almost can’t stand to even think about that constant burden, yet men are designed in such a way that they have the emotional strength and physical ability to fend off the stress that comes with such a huge responsibility. They tend to think more logically and less emotionally.  They focus on only one thing at a time, not 100 like women do.  Their bodies are more rugged, more prepared to take on stress. They are literally designed to handle that type of stress better than we are.  (And we are better designed to handle other stresses better than they.) Those amazing creatures happily take on the full social and economic responsibility for their wives and children, and they will likely never speak of it as a burden because it feels natural. It feels right.

To have the responsibility to be the sole provider, however, could not be bearable or even possible unless your husband has control over decision-making. He has to have the freedom to be able to decide what job to take that will best provide, where to live, how to live, and he needs to have your 100% cooperation in allowing him to be the decision-maker. Remember that word “obey” that was taken out of the marriage vows? This is where it comes in. It didn’t have anything to do with being a slave to your husband. It had to do with respecting his decisions about how he was going to lead his family and obeying his instructions regarding those matters. You get input, of course, but whatever he decides is final. Welcome back to “obey.” If you can’t accept this, then you can try to live like a 1950’s housewife, but odds are that it will not work for long—not without a whole lot of relationship-damaging suspicion, resentment, and arguing.

Besides, why would it be so bad to just let go and let your husband be the head of the house? If you see that as degrading, ask yourself why. Why would it be degrading to be in a happy marriage where your husband feels manly and treats you like a lady and where your children feel protected and happy? What has happened to our thinking? We as women have got to stop seeing everything as a fight for equality. Despite what our generation was taught, we are not meant to be equal in all things. We, as women, are designed to excel at certain things and men are designed to excel at others. Why can’t we honor that?

Tonight sit your husband down and tell him that you want him to take over care of the finances. If it’s true, tell him that you feel like he is better at that type of thing than you are and that it’s just too stressful for you to deal with. If, on the other hand, you struggle with the idea, tell him you struggle with it but you can see how it would benefit both and you think you should give it a one-year trial–no matter what.  If you must, show him this post. Do what you need to do to get him on the same page. And then step away. Resist the urge to show him how to do it.  Resist the urge to remind him what to do. And do not check up on him.  He is capable. Let him step up to the challenge. He may shock you with his abilities. And yes, he may occasionally mess up, but so what. Haven’t you occasionally messed up? Let him be. Remember when we talked about accepting him completely, just as he is?

Watch for the updated versions of these prior posts coming soon!

How to Tell Which Type of Plumbing System Do You Have

5 Best Methods for Cleaning and Maintaining Your Gutters – 2020 Guide