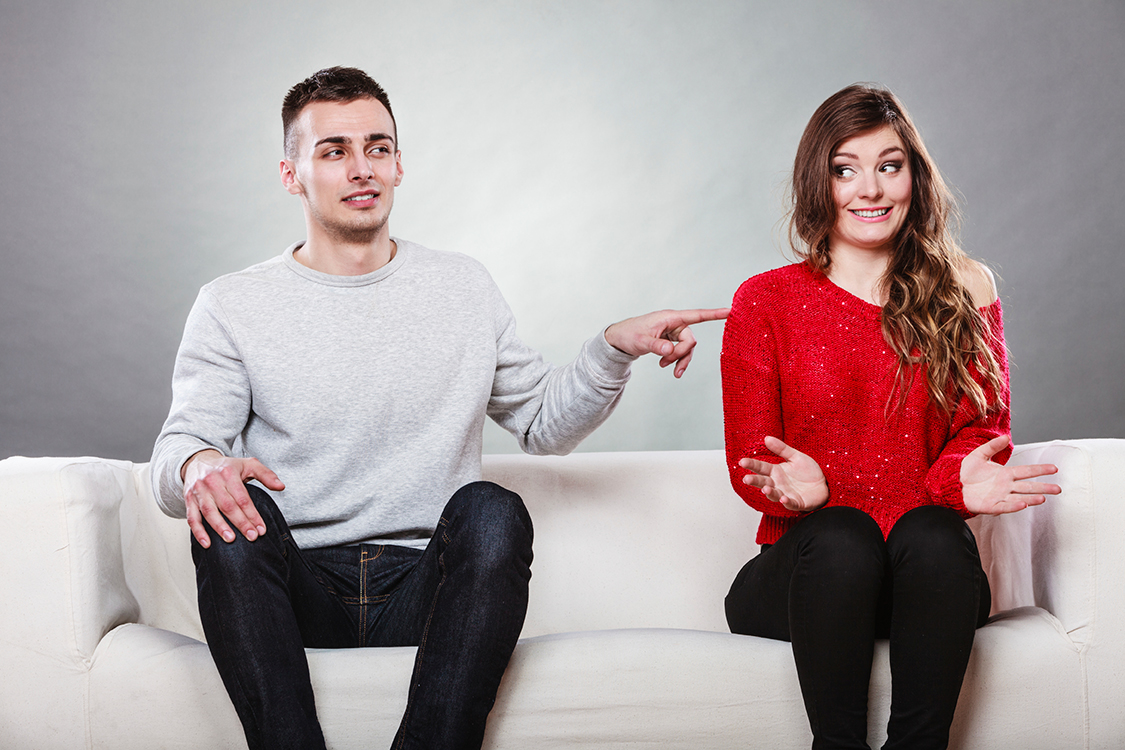 Why men are better decision makers, IMHO . . .  Those of you who have  followed my blog for a while know that I’m a huge fan of The Marriage Agreement.  I think all marriages should have one simply because it holds the power to eliminate the majority of issues that can creep up and lead a marriage to divorce. There’s no right or wrong way to write one. The only “musts” are that you and your spouse agree on all the terms that you choose to include.  Most people can agree that that’s a good idea.

Where I get the most flack for ours is at the point where we designate my husband as chief decision maker. He is “He who has final say in all matters.” I’ve received hate mail because of that clause.  Seriously. Hate mail.  So, I figured I’d better expand on my explanation about that. Although this post is likely to increase the occurrence of said hate mail. Nevertheless, here goes.

At first I thought it was just me.  It’s the same story over and over again.  I wake up one day with renewed resolve to attack my battle with my bulges once and for all!  I. Can. Do it!!!   Yes!  I have a plan. I have the drive. I’m excited! And then . . .  Something happens. Usually something entirely unrelated to my decision.

I read a news story that depresses me.  A friend makes a casual remark that discourages me.  My dog vomits on the carpet.  It doesn’t matter what “it” is.  Something happens. It puts me in a bad or sad mood, and just as fast as my resolve appeared, it disappears.   And then I wallow about my misery in a bowl of ice cream.

Why can’t I just make a decision and stick with it?

What is my problem?

Yep.  In a nutshell.  Female.  Incapable of holding onto a plan for more than ten minutes.  And I’m not alone.

Most females are the same way.  Oh, stop sneering at me.  You know it’s true.  Yeah sure, there are times when we make up our minds and stick to it, but more often than not, that is not the case. Why???

What I’ve discovered is that I never truly make a true life decision. What I do is decide how I feel right now.

And then I make a plan that revolves around that feeling and what’s happening around me right now.  And because I believe that feeling and that plan with all of my heart right now, I push forward feeling like I’ve made a decision and a life commitment. I have gusto! I have excitement!! The only problem is that five minutes from now something may happen and I may not feel the same way.  And then five minutes after that something else might happen that changes my feelings yet again.  And so therefore, my decision regarding the same matter will change.  And therefore so will my plan.

Think about it.  How many times has your husband asked you “Do you want to go out?” And you’ve replied No!  Good grief.  No.  I’m feeling fat.  I don’t want to go in public.  Why would he even ask me such a thing? And then he says, “Oh that’s too bad because I was hoping you’d wear those sexy high heels that I love so much.”  And then your brain starts to spark… oh. really?  He likes those, huh?  Hmmm… well…  I could wear those with my jeans. Maybe I could pull an outfit together…  And BAM.  Next thing you know you are out on the town.  So what happened?

Now turn that around.  How many times have you asked your hubby to go out and he says, “Nah.” And you’ve begged, pleaded and reasoned with him to no avail.  He still says no.  Why? Because he made up his mind an hour ago that he didn’t want to go out and that was that.

Unfortunately decisions aren’t always as simple as whether to go out on the town or not.  Sometimes they are hard, emotionally-draining decisions that need to be made.  And unfortunately we as women still approach them by looking at the factors and emotions surrounding us right now.

It’s very easy for me to talk about how I will be okay to take care of my husband (Wonder Woman-like even!) should he get injured and need round-the-clock care because it’s not truly happening right now.   In my mind I want to believe that I’d be up for that task.  I want him to know that I would be willing to do that for him.  I want it all to be okay. (All emotional issues, I might point out.)  I want him to know I love him and I’m not going anywhere, so I’m not in the right place mentally to be deciding on long-term care insurance.

He probably is.  He is always thinking logically.  He is a realist.  He can project better into the future and predict emotions and circumstances better than I can.  He knows I’d be a mess.  I can’t admit that.  To myself or him.  He, therefore, is the better decision maker.

I could give hundreds of examples like that.  You could give hundreds more.  But it all comes down to this.  We as females are emotion-driven creatures and emotions change constantly.  It is a danger to plan your life around anyone’s current emotional state.  So just don’t do it.  If you have a husband, consider having an arrangement where you get to give all your thoughts and opinions on a matter but the final decisions are his.

…. You can send your hate mail to:  [email protected]