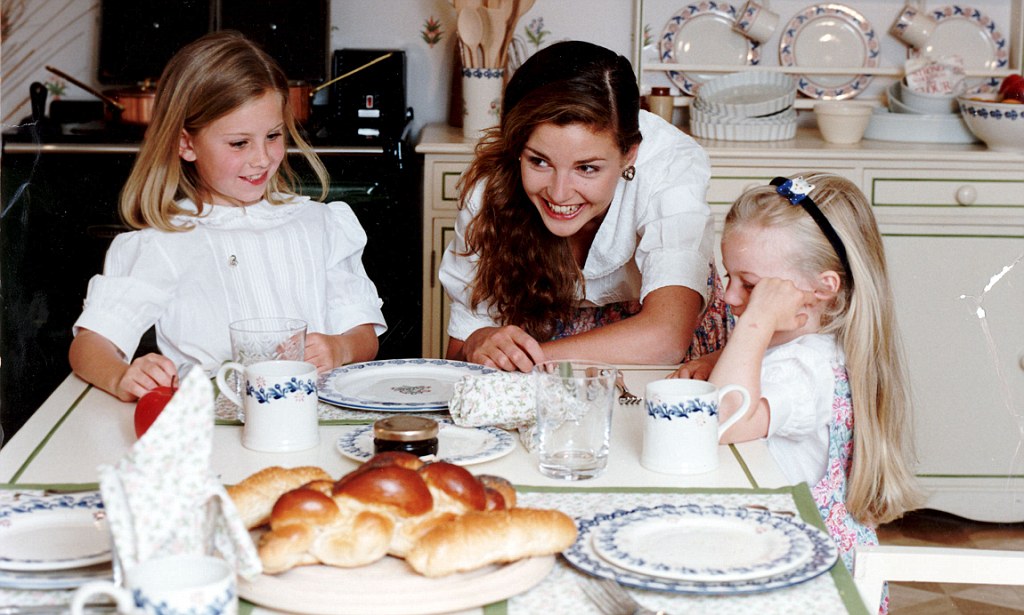 This post — Why Real Feminism Allows me to Choose to be a Housewife — eventually became my manifesto for life and for this website.   But here it is in original post form:

I came disastrously close to being a lifer as a very successful corporate career woman.  That’s what they said I was supposed to do.  That’s what they said I was best suited for.  They; My teachers and school counselors. They; the tests and screenings. They; The women who came before me, who fought hard for equal rights and for the freedoms that I would never have had if it weren’t for them. There’s only one problem.

Ever since I was a very little girl I wanted to be a wife and a mom.  I didn’t play with dolls quite the same way that most little girls do.  I used all the money I got as gifts to buy real baby food and diapers and clothes.  I played on schedule, as if my babies were alive and needed to eat and be changed. I learned to knit, crochet, and sew.  I learned cooking basics.  I started building my hope chest full of household items.  I devoured Dr. Spock’s Baby and Child Care book and began babysitting as soon as I was allowed.   I even read What to Expect When You’re Expecting when I was just 15, dreaming of the moment when I could finally marry and have a baby–a family of my own.  I knew exactly what I was best suited for.  I would be an amazing wife and mother.

But they wouldn’t let that happen.

Instead they convinced me that I was mistaken.  I was meant to be so much more than just a housewife.  They taught me business and how to ace an interview.  They taught me how to claw my way up a corporate ladder.  They told me that I was one of the ones who would go far.  I was smart and talented. They gave me my mission.  Go.  Be a strong, independent woman. You can do it! They said.  So I did.  I won business competitions and became the President of the Future Business Leaders of America.  I was well on my way.  They were happy.  Then summer of my Junior year came.

It was a pleasant, lazy summer surrounded by friends.  I was inseparable from my boyfriend, and I fell in love.  Before I knew it, we had conceived my first child. So that was that. I was in love and having a baby. Nothing they told me before mattered.  It was everything I ever wanted.  I would have my husband and baby and a humble home and fill it with love.  I was excited and ecstatic.

“How dare you?!” My favorite teacher scolded me.  “You know better than that! You had so much potential.  You HAVE so much potential!”  She went on.  And by the end of that lecture she had me back on track.  I’d have my baby, we agreed, but I would still go on to college and then on to that corporate world.  I wouldn’t marry.  I’d finish school.  She’d help me. I’d still be a force to reckon with.  I’d still blaze new trails.  She believed in me.  Part of me wanted to believe too, and so I agreed, with just a few compromises.

In 1986 I gave birth to my daughter, graduated high school, got married, started college, then turned 18.  In that order.  And I did try to follow our plan. I did.  I went through the motions, but it just didn’t feel right.  Despite that I continued on with college and went out in the working world and before I knew it, I was eighteen with two children and divorced.  What was going on?  What happened to my family and my dreams? How did this happen?

They said I’d be okay.

Just keep moving forward with the plan, they said.

Thankfully it didn’t take long until I met somebody knew. A good man.  He was raised to respect women’s rights.  He loved the look of a woman in a skirt suit and heels.  He, too, supported my plan to be a corporate sensation.  Good.  A better match, I reasoned.  He supported me spending days and many nights and weekends away from my growing family as I built my career.   And as my career grew, I tried to convince myself that I must be doing what was right because it was working. I was good at what I was doing.  I was promoting and making my mark and making good money.

I was so tired.

By that time I had a husband and three daughters who barely saw me.  I was drinking heavily. I was bitter and bitchy. I had no time to be a mom.  I felt like and talked to my husband like he was beneath me, like the enemy, and I’d hear myself speaking to him (at him) and cringe.  I was working the plan, but I was so far from being the person who I wanted to be that I didn’t even recognize myself anymore.  I hated the me I’d become. Something had to give.

Thankfully it didn’t take long before my dear husband tried to leave me.  He would have succeeded too had I not gone out and sabotaged his truck.   But I did, and he was stuck at our house and that forced us to talk and scream and cry and figure out what was wrong.  And when we finished screaming and started talking we decided that if we were going to salvage our marriage–our life– I had to call, right then, and quit my job.  It was our only hope. I’d stay home and be a wife and a mom and we’d put the pieces back together, if we could.  Well I made that call with tears streaming down my cheeks.  They didn’t fall because I was saddened to leave behind everything I had worked for.  Those were tears of relief.

That was the day I came back to life.

Many things have happened since then.  I’ve learned so much about myself and this world, about what feminism is supposed to be and what it is not, about gender roles and why they are sometimes okay.  I’ve learned and continue to learn how to be a better wife, mom, and now grandma too. I’ve struggled on and off with the compulsion to earn my share of money for our home, each time collapsing under the weight of trying to be “that person.”

I’ve struggled with the guilt of knowing I’d missed out on huge portions of my kids’ lives because I was too busy trying to be important to people who don’t even matter to me.  I can’t even remember those people’s names now.

I’ve watched from afar, sadly, as family matriarchs have steadily become a thing of the past, taking their arts along to their graves with them.  And I’ve gotten angry at the world for letting that happen.

I look around me and watch as latch-key kids grow more and more distant from their families, getting into trouble and often growing into confused and bitter adults.   I see young women who have no idea how to cook, clean, sew, or do basic housewifery.   I witness young men who no matter how old they grow will never be real men.  They’ve had that privilege and duty taken away from them by the women who scream that they aren’t needed anymore.  We can do anything they can do and probably better (they claim.)   And when those young girls and those young men marry, it’s often a disaster.  No one knows what to do, and nothing gets done.  Houses, children, and marriages are a mess.

But here’s the thing.   What I haven’t seen is very many happy women.  I have not personally met more than a few who marched out into that workplace and came back a happier person.  I have only seen overwhelmed, overworked, depressed women trying to do it all and finding no satisfaction.   I’ve seen lots of guilt.  I’ve seen lots of divorce. I’ve seen lots of scheduled play dates and mindless video games taking the place of quality time with family.  I’ve seen lots of ladies who gave up their identities in exchange for the identity society told them they should have.  But I have not seen lots of happy.

That’s what this page is about.   Bringing back the happy.

I used to think I was anti-feminist, but I now know that was just my bitterness and disappointment speaking.  I agree with the concept of feminism.  I believe we should have equal opportunities.   It just so happens that I believe that “equal opportunities” includes having the right to choose to live as a wife and mother in a distinctly male-lead household if that is what makes that woman and man happy.  And I believe that was the original intent of the movement.  It was never supposed to turn women into men. It was supposed to give more opportunities and more choices.

I’m here to bring back matriarchs and manly men.

I’m here to grab the hand of each and every woman around the world who finds great satisfaction in making her home and her family her priority career and to tell each that she is okay.  There is nothing wrong with her.  She is not less.  She is more.  Much more.  She is a dying breed, a treasure.  She is valuable beyond words.

I’m here to bring dignity back to housewifery.  I’m here to continue to unlearn what I was taught about career and to relearn and re-teach the lost arts of keeping home, growing relationships, hands-on childrearing, home remedies, family traditions, quilting, cooking, family bonds, and all of the aspects of being a great family matriarch.

I’m here to take a stand.  To say enough!  To give housewives a voice again. To create an apron revolution!  And when we’ve created a virtual army of traditional families, I intend to take it to the next level by recruiting the help of our political heads.  We can get this world back to where family came before money.  We can get this world back to where a family could afford to put family before money, to where there could be a stay-at-home parent there for the children.  There could be dinner on the table every day at 5.  There could be stories read and bicycles ridden.

Let’s bring it all back.  Together.  Join me.  Subscribe (for free) to this blog in the right column of this page.  Join in on our Facebook page.