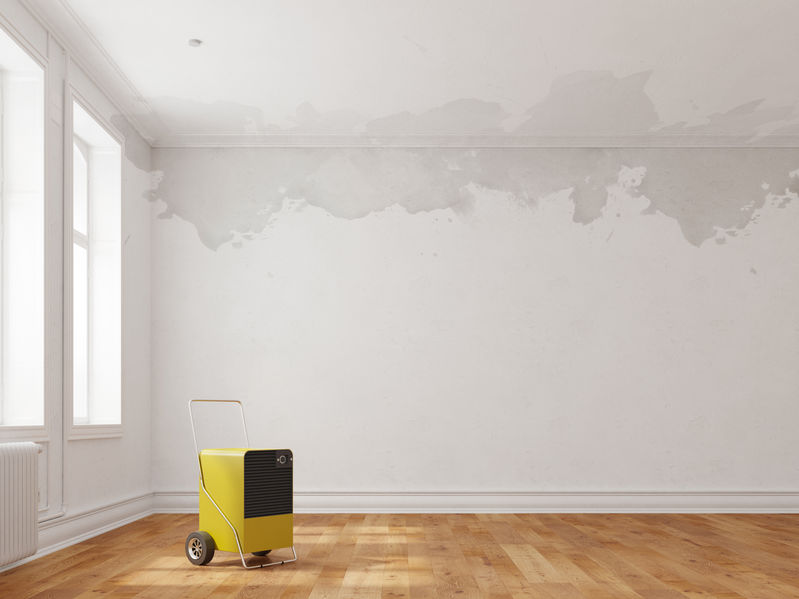 There are several reasons why the walls in your home are damp. Most often, it is about moisture that has penetrated into the construction itself, or from other internal and external influences. But if you do not dry the walls in time, you risk the appearance of moisture, mold, and even fungi on the walls, which can not only weaken the construction but are also dangerous for your health. Many who have this problem often try to solve it with the help of special means for that purpose. But what we can tell you is that before you do anything, you have to find the source of that moisture.

Many experienced companies know that certain areas can be more affected by such problems. So, you will often hear about Water damage repair West Palm Beach, because it is a place with a high level of moisture in the air. On the other hand, older buildings also suffer in this way, where the water pipes are old and easily burst. This happens even in extremely cold parts of the country, where the pipe network cannot withstand the cold.

Where does moisture appear on the walls?

The most common concentrated moisture in homes is found in poorly insulated facade walls on which moisture from the air condenses. It can also appear in rooms you rarely use because you won’t notice these changes happening. Such places are constantly wet and are the most suitable soil for mold growth, especially if they are continuously wet.

The situation becomes worse in the cold periods of the year when we ventilate less often and spend a lot of time indoors.

In winter, in an average home, 10-15 liters of water is released in the form of steam from breathing and cooking, which should be thrown out or it will soak into the walls and form mold over a period of time. In old windows with poor sealing, there is usually no need for frequent ventilation, because the air circulates freely inside and outside through the gaps in the windows.

Home is where you spend most of your time. Maintaining optimal air temperature and humidity is extremely important for health. Many diseases are caused precisely because of increased humidity in indoor rooms.

Therefore, we have several suggestions for you, with which you will dry as many walls as possible in the home and prevent the appearance of moisture.

Therefore, we have some practical tips for you on how to get rid of moisture and dry the walls, even when it seems impossible:

In winter, it may seem like a good idea to leave a window ajar, which will circulate the air and dry the walls. That might work for your room, but after a while, you’ll notice mold near the window.

Due to the temperature difference, air condensation occurs precisely in this part of the home. Thus, the condensed droplets end up around the windows, making the structure damp and susceptible to mold. This can be really dangerous, as ventilation spreads mold particles throughout the home and ends up on surfaces you use regularly.

2. Solve the problem in time

If moisture and mold are the results of plumbing problems, they won’t go away until the bigger problem is fixed. That is why we recommend that you hire plumbers who will check what is happening with the network and give recommendations to solve the problem. That way, the solution is long-lasting and with less serious consequences.

When there are no leaks from the network, the walls will dry easily and efficiently and you will avoid the appearance of moisture in the long run.

3. Drain out the excess standing water

This is a really difficult process, but it is a necessary step in drying the walls. As you know, building structures also have voids, where water can easily collect. So, if you don’t drain them, they can continue to cause problems and even corrode building materials.

Most often, this problem is solved by creating small holes in the wall, so that the water can be drained and the drying process is much simpler.

4. Clean up any damage

Remove the wallpaper where the moisture has appeared. Moisture often appears behind them, because they prevent the wall from breathing. Then, open all the windows to create a flow of dry air. Dry air easily collects moisture, although it will take several days for such drying.

You can use towels or absorbent paper to absorb as much of the excess moisture as possible. Use fans or dehumidifiers to make this whole process as efficient as possible.

If you have the opportunity, also use professional tools to clean the moisture and dry the wall. Don’t forget that eventually, you may need wall repair, so be prepared for that step as well.

Now you know what moisture on the wall means, so it will help you avoid similar problems in the future. We recommend using dehumidifiers and even pellets or cat litter. All these materials are absorbent and you can easily find them in ordinary stores.

Place them in critical places in the home and prevent moisture from appearing in the future. And of course, think about a more in-depth reparation, because if you just fix things so that they don’t look bad aesthetically, then you haven’t done anything and you expose yourself to the same risk next year.

Wet walls are a big problem for a variety of reasons. It’s not just aesthetics at stake, on the contrary, your health is also at risk here. That’s why we suggest you always check the walls in all rooms. In that way, you will prevent many problems, but you will also solve the defects in time before they do irreversible damage to the construction of the building and the security of the home.

With all these things combined, you will successfully dry out the damp walls, and prevent mold and fungi.

Is A Brow Lift Better Than Botox 5 Things To Know

What Is The Fastest Way To Deep Clean A House? 6 Tips For Busy People

Showering or Sponge Baths? Which One is Better for Your Skin

7 Simple Healthy Habits For A Healthier Hair And Scalp